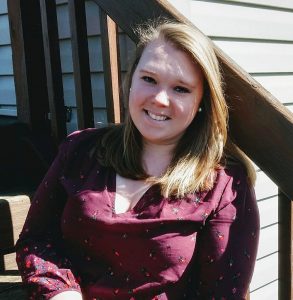 Job: I am a test and research engineer at DePuy Synthes 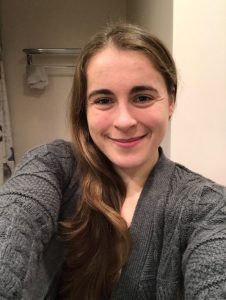 Major:  B.S. in Neuroscience and minor in Human Nutrition

Job: Graduate Research Fellow in the Department of Food Science & Human Nutrition in Dr. Hannah Holscher’s Nutrition and Human Microbiome Laboratory at the University of Illinois at Urbana-Champaign 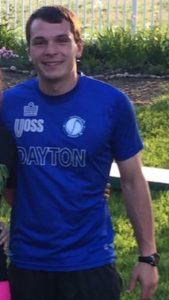 Major: Criminal Justice with a minor in Political Science and Middle Eastern and Islamic Studies

I graduated from Tippecanoe High School in 2013, and received a scholarship to play soccer at Wright State University. During my time at Wright State, I was a part of several different organizations. I was a member of the Student Athlete Advisory Committee (SAAC), Arabic Club, and was inducted into the Omicron Delta Kappa National Honor Society in November 2015. During the summer of 2015, I was appointed by Gov. Kasich to serve on the Board of Trustees at Wright State University. I interned with the United States Marshal Service in the summer of 2016 which set me up for a successful career after I graduated from Wright State in April 2017. After graduation, I spent three months in Glynco, Georgia, and three months Cheltenham, Maryland, training for my career. After my training was complete, I moved to Alexandria, Virginia, and enjoy the work I do on Capitol Hill.

Ryan says:  “St. Christopher was an excellent place to start my academic career. I am very blessed to have attended St. Chris and have the educators there lay the foundation of my learning experience. I noticed a difference in academic learning, transitioning from junior high to high school and grasped learning concepts quicker than most of my classmates. I am thankful for the many blessings and opportunities St. Chris offered and look forward to sharing many more of my experiences with the St. Christopher Community.” 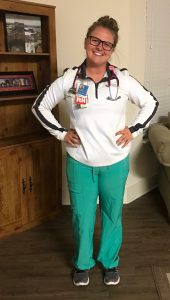 I graduated from Vandalia Butler in 2013 after being a part of the National Honor Society, Octagon Club, and various sports teams throughout my time there. I then attended the University of Cincinnati in the fall of 2013 majoring in Nursing. Throughout my time at UC, I was the secretary, vice president, and president of the Student Nurses Association, a member of Cats for Cause (a charity group that does work around Cincinnati), and the Secretary of the Senior Class of the College of Nursing. My sophomore year I was inducted into Alpha Lambda Delta Honor Society, which I remained a member of until graduation. During my time at UC I also worked at Mercy West Hospital and then Cincinnati Children’s as a Patient Care Assistant on the transplant/complex surgery unit for 2 years. During my senior year I had the opportunity to Co-Op at the University of Cincinnati Medical Center’s Level 1 Emergency Department. Upon graduation, I accepted a position with the department of SRU, which is the critical and acute care float pool at Cincinnati Children’s. I am now a Registered Nurse in SRU at Cincinnati Children’s, currently working in the Neonatal ICU. My plan is to remain with SRU to become a member of their trauma team and transport/flight team. 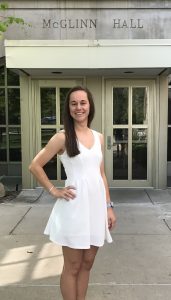 After St. Chris, I went to Chaminade Julienne High School where I played tennis, basketball, and ran track. I also went on three mission trips through St. Chris Youth Ministry, and one through CJ while in high school. Following my graduation in 2013, I went onto the University of Notre Dame for college where I studied Mechanical Engineering. I had the opportunity to spend a semester in London my junior year and took three more service trips while in college. I was a resident assistant in my dorm senior year, and loved the daily mentorship opportunities it offered me. When I graduated in 2017 (16 years of Catholic education later!), I moved to Kalamazoo, Michigan, to work for Stryker Medical. Now I have the opportunity every day to design and improve medical devices that aid those in life’s most vulnerable positions.

Emily Says: “The connecting thread of my life has been a spirit of service, and I credit St. Chris for developing this in me. During my nine years at St. Chris, I was surrounded by educators who embodied hearts of service every day, both in the way they conducted their classrooms, and in their emphasis on projects that would help those with less. I am grateful for the educational and personal foundation St. Chris has provided me, and from which my passion for daily service has grown.” 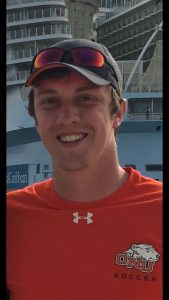 Major: Government, with a minor in journalism

Once graduated from college I started to help coach soccer for Butler while applying for jobs. I still coach but also now work at Wright Patterson Air Force Base as a Program Manager.